“Rock, Pop, Folk fronted by one of the greatest voices ever. songwriting at it's best.”

Compared to singers like Norah Jones, Sheryl Crow, and Stevie Nicks, Adrienne's voice is pure emotion, stylistically elegant, soulful, and ethereal. Her 2015 release, Chameleons, is enjoying airplay across the US and is a particular favorite on Key West radio. Songs run the gamut from ballads like “Blue Day” (recently featured in the Lifetime movie The Wrong Car), to all out rockers like “You Push My Love Away” to sweet reflections like “When The Day is Through". She was recently featured in Ralph De Palma's book, The Soul of Key West Volume 2, a definitive anthology of the best musicians in Key West. Adrienne is the only woman guitarist ever featured at the Italian guitar blog, Guitar Nerding. She is also a teacher and vocal coach. Adrienne performs steadily in the Florida Keys both solo and with her bands, as well as touring the US East Coast during the summer.

Adrienne achieved local success in the metro Boston area early in her career both in local clubs and the streets of Harvard Square Cambridge. After producing her first release, Once Step Closer, her song "Overboard" became the most requested song on local college radio station, WERS. Soon after producing her second release, "Dust into Dawn", she was nominated for a Boston Music Award and featured in Boston Women Magazine. After her third release, Looking Within Looking Without," she got heavy airplay on college radio and a feature article in Songtalk Magazine published by the National Academy of Songwriters where they called Adrienne an "enchanting and exquisite talent." 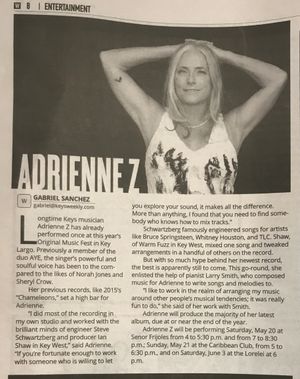 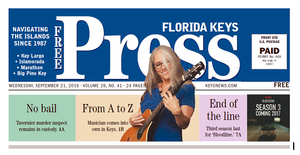 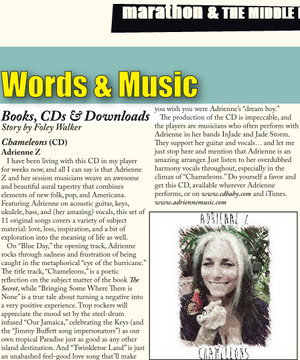